CHLOE FOXE is taking time out from completing a college assignment to chat. The conversation flows, the 21-year-old at ease with discussing sport and life. 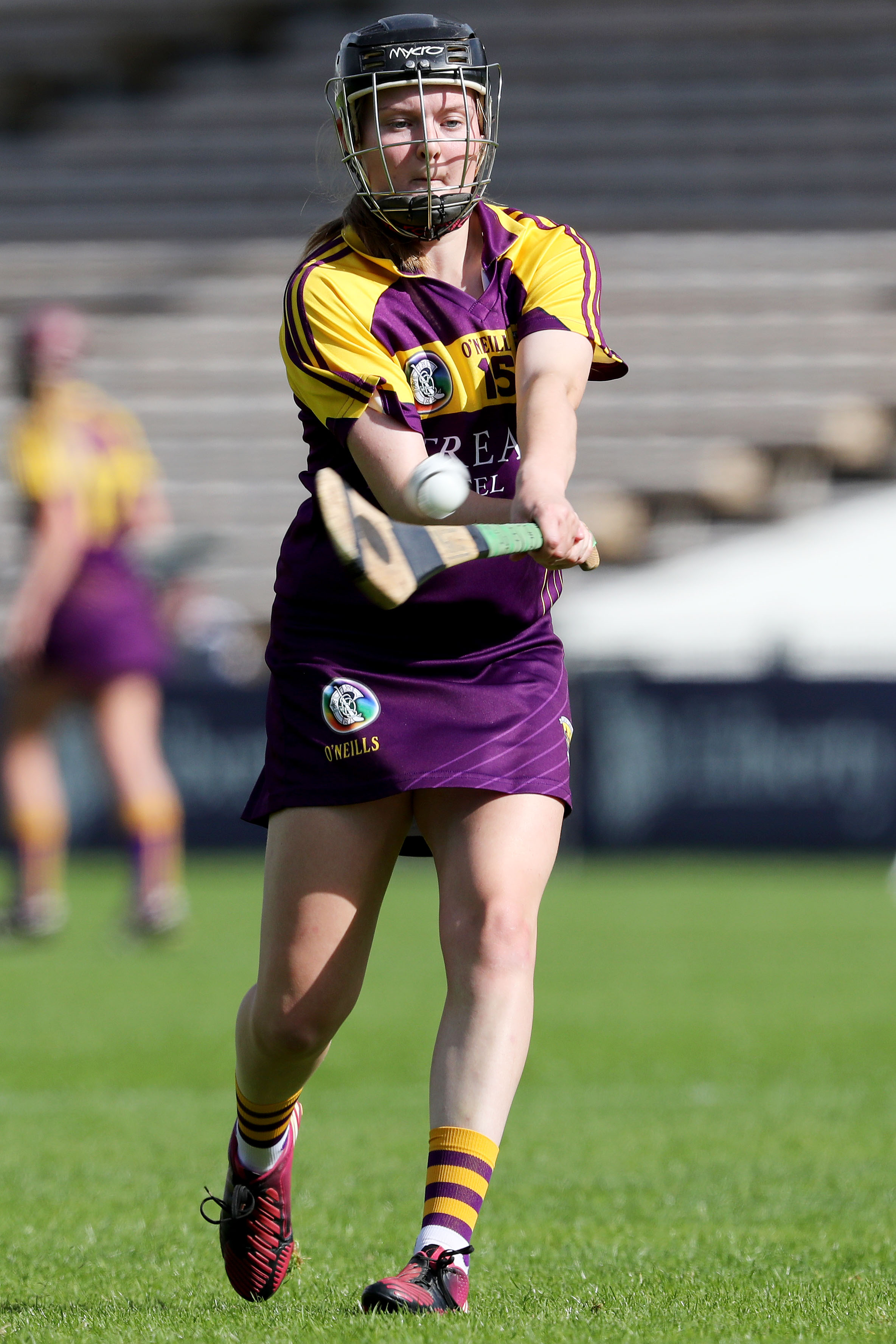 Though she will only turn 22 in May, the third year UCD computer science student is a long-established dual Wexford player, and also played at underage level for the county in soccer. She will be going on placement in a data analytics role with Liberty Insurance shortly. There is potential for consultancy there, “which could be cool”.

Keeping all those plates spinning while achieving at a high level academically is not for everyone but Foxe revels in the demands – not that she would view them as such.

“It’s absolutely incredible to be honest. It’s a year and a day the other night since we started training for what was effectively 2018 but turned into 2019 now” Foxe details.

“We said to ourselves last year (2017) was fun (to finally win the first Senior County Camogie title in the club’s history). But if you are coming out in November to train and you are on the beach in December, you are not looking in the past, you are not looking in the present, you are always looking to be in Croke Park. You can’t be thinking, ‘Oh I am here today and whatever happens tomorrow.’ You have to be thinking about the All-Ireland Final and going up the steps.

“I have played with six teams over the last year. I am playing UCD O’Connor Cup (third level ladies football). That is coming to a head now (with the Semi-Final next Friday). UCD Camogie, Wexford football I am still involved with, obviously Wexford Camogie when it gets back on track.

“It’s the enjoyment factor for me. Most people who know me know I don’t like to be bored with college work and everything. I feel like I get more of it done when I have more things to do. You are setting yourself a time limit to finish things, instead of saying ‘I have a week to do that now and I will finish it on Friday.’”

Getting over Oulart-The Ballagh was special for the Piercestown/Barntown contingent. To repeat the trick felt like they had really arrived and they were readier for Kilkenny giants Thomastown, who had gotten the better of them 12 months previously and were chasing a third consecutive Leinster title.

Now, they are looking to dash another three-in-a-row dream, that of all-conquering Derry queenpins Slaughtneil, but at half-time in the All-Ireland Semi-Final against Cork representatives Inniscarra, it looked like they were on the way out, leading by just a point having played with a very strong wind.

“We have a really special group of players. The core of the team is in and around my age group or below it. We would have won multiple underage titles and gone to Féiles together. On the other side, you have the more experienced members of the panel. If you were looking in, you might say, ‘I can split the group in a distinct two groups of players.’ I don’t think it really comprehensively describes the team that we are.

“That is where we have come from last year. We have seen that it doesn’t matter what age you are. Everybody has a responsibility on the pitch even if that is going to the next ball, or if something needs to be said, it doesn’t matter who you are. We are all part of the one team. That is something that has really brought us together this year in terms of collective responsibility.”

Kate Kelly was a hero of Foxe’s growing up and was still around when she first came into the Wexford panel. Kelly was retired when the teenager broke through but remained a member of the backroom staff. To have trained with such a role model and have that brain to pick from was cherished.

With St Martins, there has been Noeleen Lambert and Mags D’Arcy.

“Very similar to Kate” she agrees. “Players my age who are in with Martin’s now; myself, Amy Cardiff, Sarah O’Connor and the likes, we have seen those girls in 2007 and 2010, 2011, 2012 going on to win All-Ireland Championships with Wexford.

“There is actually a photo of myself and Mags when she called around to my school. When I look back on that now it’s quite surreal in a way. Now we are playing together on the same team. She is always pushing everybody and always demanding the best. Noeleen Lambert is similar. They are the driving force for the younger players.”

When D’Arcy dropped in with the O’Duffy Cup, Foxe was in Clongeen but her parish didn’t have a Camogie team. So her father Ger, a selector for the Wexford football team that reached the All-Ireland Senior Football Semi-Final In 2008 under Jason Ryan, brought her down to St Martin’s when she was a child.

And they are glad he did. Her heroics in the All-Ireland Semi-Final, when she hit nine points and six of thoseinto the wind in that second-half, will be long remembered, while she also scored a second-half goal in the provincial decider to help overturn an interval deficit against Thomastown.

And now, having lined out at Croke Park for the Mini-Sevens in 2009, when she overcame the nerves to slot a free, she is ready to return with silverware on offer.

“I am just eager. People are making it out to be this big occasion. But I would say every player on the team has been willing this our whole lives. When you are in your backyard and you are seven or eight years old, and you are banging goals, you are saying to yourself, ‘This is to me in Croke Park’. In a way you have been psychologically preparing a lot of the time.”