Shopping Cart
Your Cart is Empty
Quantity:
Subtotal
Taxes
Shipping
Total
There was an error with PayPalClick here to try again

Thank you for your business!You should be receiving an order confirmation from Paypal shortly.Exit Shopping Cart

I MOVED to Kildare the week before Christmas in 2002, to take up a new job as sports editor of The Kildare Nationalist. It was exciting and scary, to an equal extent. I have always struggled out of my comfort zone. 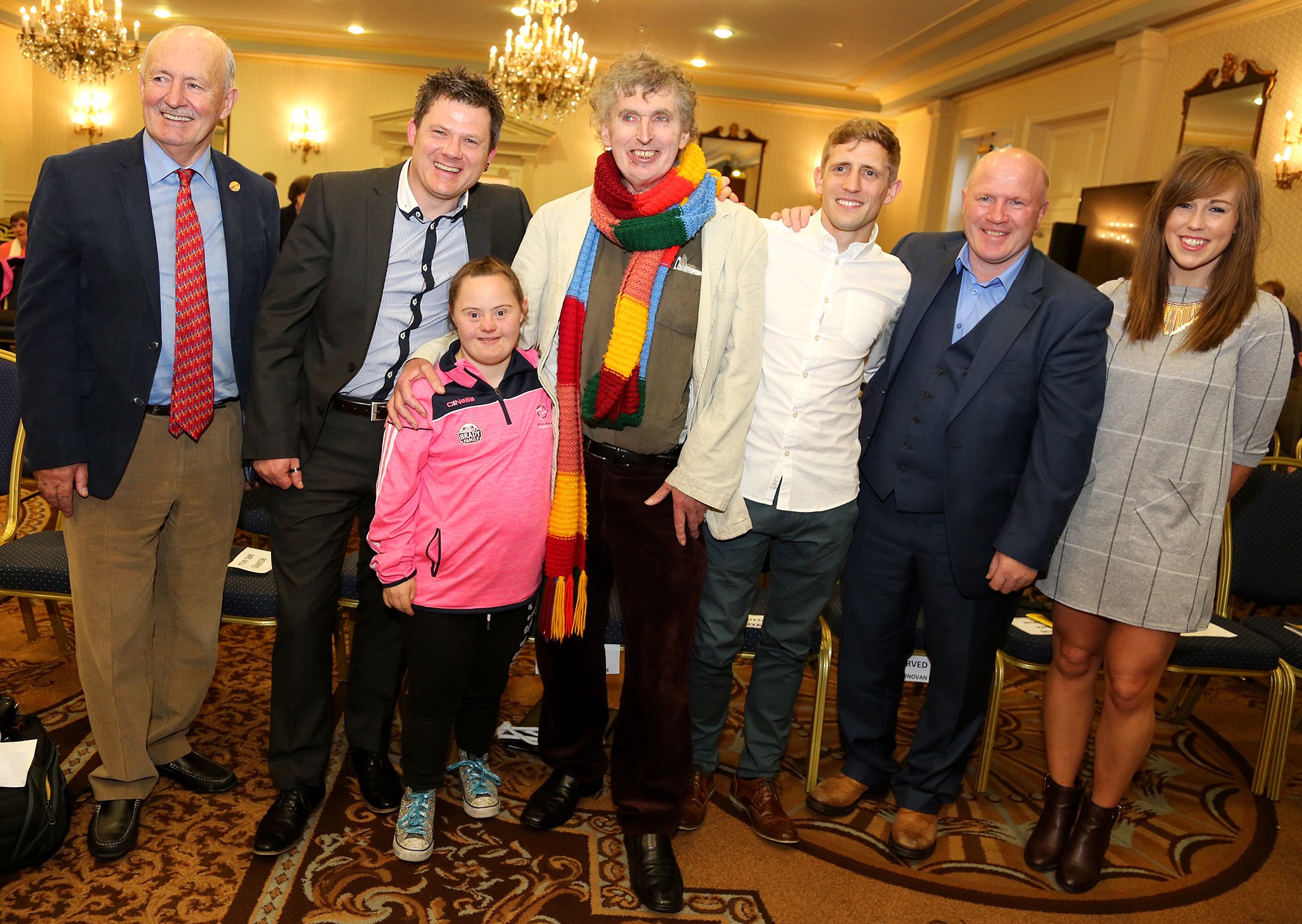 Ted Corcoran, some guy who doesn't fit his shirt anymore, Adrian Melia, Eric Donovan, Michael Carruth, Aoife Trant and the legendary Jennifer Malone (front) at A Question Of Sport. To help fundraising efforts for Adrian's highly expensive treatment, check out the Friens Of Adrian Melia page on Facebook or @melia_friends on Twitter

I had much to learn but in Eamon Timmins, the editor, who proved far too qualified for the job and moved on to much worthier pursuits as chief executive of Age Action Ireland and now, head of communications and stakeholder engagement with the Charities Regulator, I had a most willing and generous teacher.

He told me early on that there were certain contributors that I needed to meet face-to-face, for they were big personalities, key people, walking advertisements for the paper. You had to get them on board.

No-one contributed more to the sports section than Adrian Melia. He provided the vast majority of the imagery.

As I quickly discovered, he was passionate about it. And he hated poor use of good photos. I was a complete rookie in terms of laying out pages but it made sense to give a quality shot a platform. Particularly a good action pic. So from that perspective, we were on the same, ah, page.

We got on from the start really but who wouldn’t get on with Adrian? That sunny outlook isn’t for everybody I suppose. Some just can’t wait for an excuse to be glum. But even now, when he has plenty reasons to complain, Adrian doesn’t. We became so friendly that heoffered to do the photos for my wedding gratis. As usual, he was well outside the box when putting it together and it was worth every penny we didn’t pay.

Perhaps the most notable aspect of Adrian’s work was his care for the people. The participants, their families and the diehards on the ground. He was on the coalface and saw those pouring time and energy into keeping clubs and the sports that weren't mainstream alive.

There was no disparity in his coverage, even if there was in the paper’s. Again though, we were like-minded when it came to providing publicity to as much sport as we could, regardless of the nature of its profile and following. That meant his schedule was ludicrous but 10 minutes was enough for him to attend a gig and produce a quality shot.

Adrian considers himself blessed that people care enough about him to organise fundraisers such as the hugely successful A Question Of Sport and the Auction For Adrian, which takes place at Naas RFC tomorrow night (Thursday, August 17), with the doors opening at 7.30pm. He is astounded by the level of support, by how many turned up at A Question Of Sport and how much money they shelled out - in excess of €17,000 was raised by that event.

This money is as much lifeblood to Adrian as any treatment he is getting to counter the cancer that is attacking him so aggressively. Because without it, he cannot get that specialist treatment in Germany and England. And that treatment, which he is undergoing under the watchful eye of his medical team here in Ireland, will, we all hope and pray, reward Adrian's monumental positivity of spirit and battling qualities. It is very expensive however, which is why so many are doing what they can to help him get it.

He wonders why it’s happening, why so many outside his inner circle care. But because of who he is, what he has done, where he has travelled, his circle is quite large. The consequence is that everybody knows Adrian. He has made people happy by getting faces in the paper, making ordinary Joes look like Ronaldo or Messi for a minute, and because it’s in print, for eternity. He invariably has had a kind and encouraging word along the way too. And had a word with the sports editor to get a story in print.

So that is why. People that don't know Adrian know him. And care. So I really hope people can support Auction For Adrian. Many of Adrian's magnificent framed photographs are available as well as a host of spectacular lots including signed sports memorabilia (Lions polo shirt signed by Sean O’Brien, Robbie Henshaw, Tadhg Furlong and Jack McGrath anyone? Maybe a signed Kildare GAA jersey? Or TJ Reid's broken hurley from the 2015 All-Ireland final, framed and signed by Brian Cody? That type of thing), 6 Nations rugby packages, paintings by Alan Redmond, Newbridge Silverware and much more.

For more details on the auction or if you want to donate directly, check out the Friends of Adrian Melia page on Facebook or @melia_friends on Twitter.