"The hardest part was just not playing" - Niamh McCarthy

THERE was a time, even as she had barely entered her teens, when it seemed inevitable that the Niamh McCarthy would play for Cork. 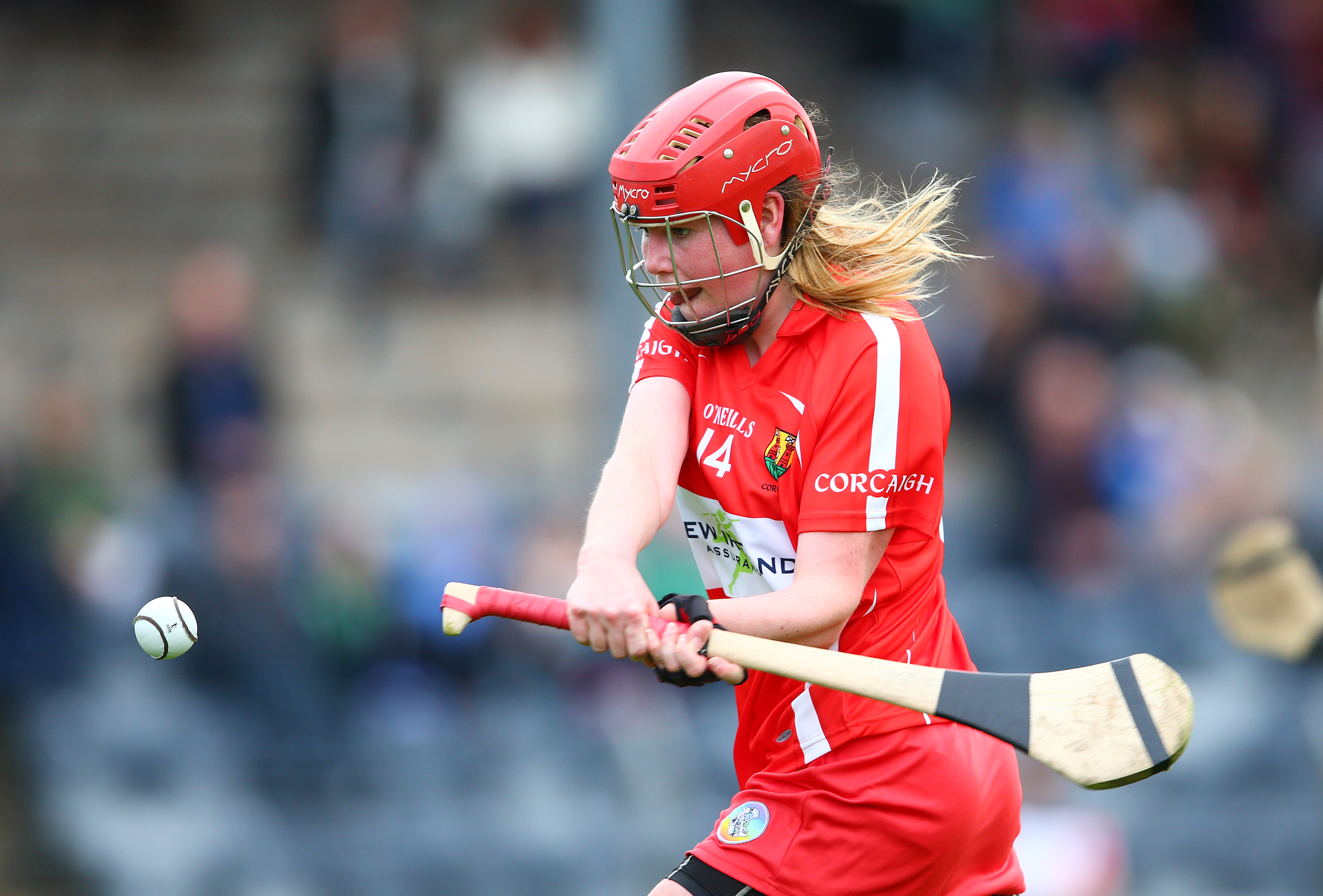 There was a time too, when it appeared certain that the prodigy would never pick up a hurley again. Never bend the sliotar to her will in competitive action. Never experience the split-second euphoria of rippling the opposition net.

That McCarthy is lining out for the Leesiders in tomorrow’s Littlewoods Ireland Camogie Leagues Division 1 Final is a testament to her bravery and character, to her love of playing and of scoring goals.

More than anything though, it provides evidence of an intangible that probably has the most value in her estimation, given that she has spent the best part of five years in the solitary pursuit of regaining her fitness: sharing a collective purpose with like-minded people, with friends, who swap gossip and make each other laugh and then do all they can for one another on the pitch, going through happy and sad times, together.

She almost walked away but McCarthy just missed all that too much. Had she given in to the anxiety about what further torture might lay ahead and hung up the boots for good, she knew she would be haunted by the question that torments us all at one time or another.

IT WAS late February in 2011. McCarthy was 14 but blitzing teams at her own grade wasn’t what marked her out. It was that the tyro had brought her goal-scoring to the highest level, playing a key role as Inniscarra reached the All-Ireland Senior Club Final.

She had always played basketball too. It was her mother’s sporting passion and the she enjoyed it as much as camogie. It was during a game on court that she suffered her first cruciate knee ligament injury, a fortnight before she was scheduled to be let loose on the wide spaces of Croke Park.

The thought of missing an All-Ireland was dreadful but it wasn’t one game itself that stood out in the ensuing months, and indeed years.

“All I did was play sport. Every evening would be either two trainings or one training. Every single day. I loved it. So it was terrible but I thought I’d get my knee right and be out a year. But it wasn’t like that at all.”

The healing process was torturously slow. The following year, it was thought that she might have torn the cruciate again but another operation revealed this not to be the case. She was out for more than two years before she finally got going again.

After two months, McCarthy was starting to feel good about her game again. She was just turning 17 when disaster struck and the cruciate went in her other knee. The rehab went smoothly this time but the psychological scars would prove more problematic.

“I knew if I didn’t try to come back that I would always wonder what could have happened” says McCarthy. “I was an up-and-coming player when I was 14 but I never got the chance to see what might happen.

“When you’re sporty, and you’re 15 or 16 and can’t play on the team with all your friends, it’s hard. When you’re on a team, you’re all in it together. The recovery is something you have to do alone. No-one else is going to do it for you.

“But the hardest was just not playing. You’re on Facebook and people are talking about games…”

Fear gripped her though. She had her last operation mid-way through fifth year and by the time she had completed her Leaving Cert, she still wasn’t sure if she could put herself back in the mixer.

Her recollection of the first day back is vivid.

“I was terrified to be honest. I wanted to play and I wanted to be part of the team but I just didn’t want to have to go through any of that again. I hadn’t played since I was 14, apart from when I was back for two months before my other knee went.

“I’m delighted now. De-lighted to be back playing camogie with my club, with UCC and with Cork.

They only knew her as “that poor girl” she laughs. It was her form with UCC in the Ashbourne Cup last year and then as Inniscarra ended the Milford monopoly in the county championship that convinced Paudie Murray she was worthy of the step up, and she has carried that through the League.

Having clubmate Rena Buckley around proved a tremendous comfort and still does.

“It’s been easier for me to transition in with girls I didn’t know, knowing that Rena is there. When I was playing with Inniscarra first, I was the baby and she wouldn’t have been one of the older girls then but she’d have been good like that, talking to you.

“And she looks after my knee as well, she’s a physio and she understands that there are times when maybe I can’t train. She’s also good to speak to you before a match. It’s just nice to know she’s there.”

She has done well, scoring goals as she had always done. But sometimes her expectations get the better of her.

“I put pressure on myself. I expect to be like when I was playing U14 and U16, to be able to win every ball but you’re not because you’re playing against the top players. I also feel like I want to make up for the time I missed.

“But I’m still learning. I missed out five years; I’m only back playing a year and a half of camogie. Even through the League, I have learned so much from playing against top players and playing alongside top players.”

Given that she lost out on such two or three complete phases of development, it is quite remarkable that McCarthy is flourishing so quickly. It is only reasonable to assume that she will improve further but the learning curve is steep.

Cork beat Kilkenny by a point at the beginning of the month but it was an illuminating experience. Meanwhile, the culture within the squad cultivated by the likes of Buckley, Gemma O’Connor, Aoife Murray, Ashling Thompson other long-serving members is one that appeals.

“They want to win so much. Everyone has bought into the way we’re playing. Training is going good, there are new players there and everyone is pushing each other forward. When the Championship comes, even after the League Final, there’ll be some fight for places. You have to perform in training. Anyone could start. That makes training very good.

“The physicality that Kilkenny brought, I don’t think any other team that we had played against had brought it. It was way more physical than any game I had played before.

THE 20-year-old pharmacy student prepares to return to the library. She hesitates, thinking about the conversation that has unfolded.

She would hate, she adds, to come across as soft.

Her journey to date suggests she is anything but.

This article was written and published in a variety of media on Saturday, May 22 before the Littlewoods Ireland Camogie League Division 1 final the following day, in which Kilkenny beat Cork.